The natural essence in ethereal oils

Medicine is discovering essential oils as a solution to the constantly growing antibiotic resistance of microorganisms.

For centuries, plants have been used for a wide variety of purposes, from treating infectious diseases to food preservation and perfume production. Presently, the increasing resistance of microorganisms to currently used antimicrobials in combination with the appearance of emerging diseases requires the urgent development of new, more effective drugs. Plants, due to the large biological and structural diversity of their components, constitute a unique and renewable source for the discovery of new antibacterial, antifungal, and antiparasitic compounds. In the present paper, the history, composition, and antimicrobial activities of the basil, oregano, and thyme essential oils are reviewed.

As a flavoring in food

Our essential oils for diluted use as a flavoring in foods Essential oil with excellent fluidity. Available in 5ml in a glass dropper bottle with dropper insert and child-resistant tamper-evident closure.

Put 1-2 drop a day in the opened bag on the healing wool, then close the bag. Place the bag within easy reach. The natural volatility of the oil will do the rest. Please do not use scented lamps, etc. 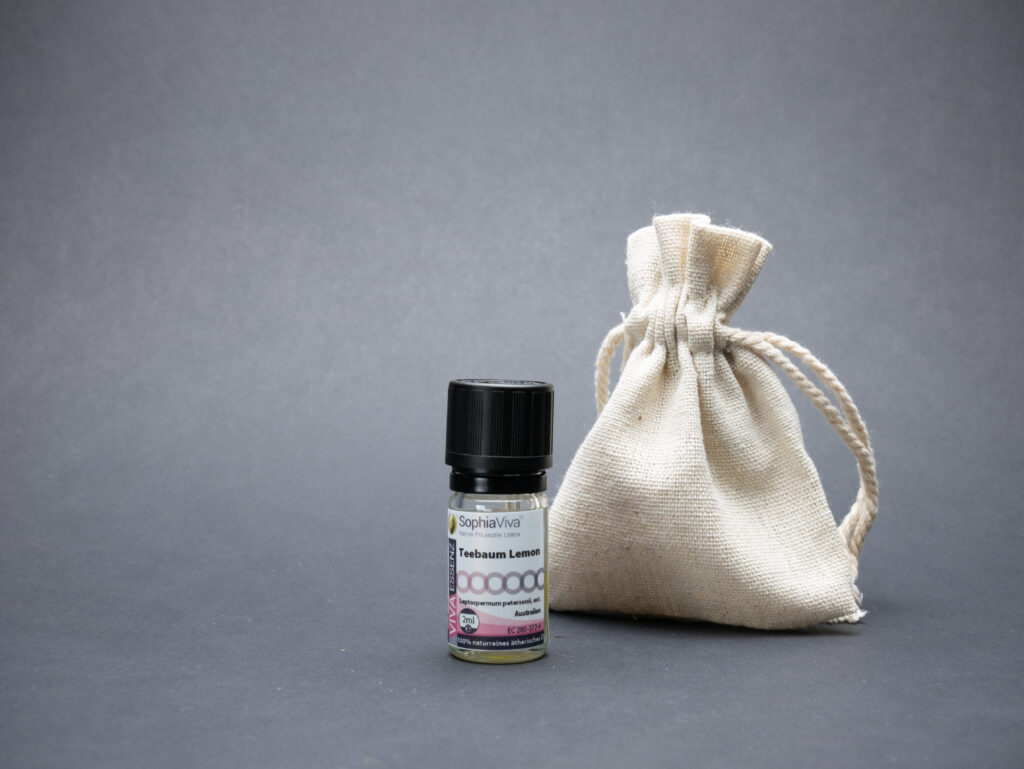 Essential oil with excellent fluidity. Available in 5ml in a glass dropper bottle with dropper insert and child-resistant tamper-evident closure.

Put 1-2 drop a day in the opened bag on the healing wool, then close the bag. Place the bag within easy reach. The natural volatility of the oil will do the rest.

Please do not use scented lamps, etc.

The essence of nature – essential oils in medical literature

The most direct path to the brain is via the olfactory nerve and dendrites in the nasal mucosa.

Special attention should be paid to the sense of smell. 1% of our genes is responsible for smelling. 350 different olfactory receptors are known.

Vanilla reminds us of breast milk and immediately increases oxytocin release. Subjects estimate faces on photos by 15% friendlier under the influence of not consciously perceivable vanilla smell in the room.

Smells thus directly change the chemical ratios in our brain. In 2013, a study confirmed the effect of inhaling essential oils on the brain via the olfactory nerve:

The most direct route to the brain is via the olfactory nerve and dendrites in the nasal mucosa.

Special attention should be paid to the sense of smell. 1% of our genes are responsible for smelling. 350 different olfactory receptors are known.

Vanilla reminds us of mother’s milk and immediately increases oxytocin secretion. Test subjects rated faces on photos 15% friendlier under the influence of unaware vanilla smell in the room.

Odours therefore directly change the chemical conditions in our brain. In 2013, a study confirmed the effect of inhaling essential oils via the olfactory nerve on the brain:

Aromatherapy and the central nerve system (CNS): therapeutic mechanism and its associated genes.

Most notably, inhalation of essential oils can communicate signals to the olfactory system and stimulate the brain to exert neurotransmitters (e.g. serotonin and dopamine) thereby further regulating mood. However, little research has been done on the molecular mechanisms underlying these effects, thus their mechanism of action remains ambiguous.

In the current study, the effectiveness of aromatherapy for alleviating psychiatric disorders was examined using data collected from previously published studies and our unpublished data.

Here, a possible signaling pathway via the olfactory system directly to the central nervous system is discussed. A change in psychiatric symptoms via inhalation of essential oils is observed, even though the mechanism of origin of these symptoms is still largely unknown.

With the PANDAS or PANS syndrome (rapid onset systemic neurological disease with physical and psychiatric symptoms as a result of immune reactions to streptococci or in the case of PANS also to other germs) we have a possible explanation of these symptoms – and with the essential oils a possibility to positively influence them.

The effect of diffusing essential lavender oil through the nose or mouth on different areas of the brain has been well documented by MRI:

Lavender and the Nervous System

Using functional magnetic resonance imaging (fMRI), significant activation in major olfactory brain structures, including the primary olfactory cortex, entorhinal cortex, hippocampus and parahippocampal cortex, thalamus, hypothalamus, orbitofrontal cortex, and insular cortex and its extension into the inferior lateral frontal region was reported in nineteen healthy participants after application of 10% lavender diluted in dipropylene glycol [64]. Cortical perfusion increment after sensorial stimulation with lavender was evaluated by single photon emission computed tomography in ten healthy adults. A significant activation was observed in gyrus rectus, orbitofrontal cortex, and superior temporal cortical areas. A slight perfusion increase also existed in middle temporal and parieto-occipital regions [65]. Lavender odor was delivered via the orthonasal (odor perceived through the nose) and retronasal (odor perceived through the mouth) routes and brain response was measured with fMRI in 20 subjects. In addition to the activation at the base of the central sulcus by lavender, retronasal stimulation with odor resulted in a significant peak in the ventral insula compare to orthonasal application. In contrast, orthonasal application yielded a peak in the right caudate nucleus that approached significance in comparison to retronasal way [66].

In conclusion, EOs were effective on several pathological targets and have improved cognitive performance in animal models and human subjects. Thus, EOs can be developed as multi-potent agents against neurological disorders with better efficacy, safety and cost effectiveness.

One of the most comprehensive publications on the antimicrobial effects of essential oils was found here:

Antimicrobial Properties of Plant Essential Oils against Human Pathogens and Their Mode of Action: An Updated Review

We assume that the term “antimicrobial” effect in the application of complete aspects of herbs is not to be compared with the “antimicrobial” effect of chemical drugs. With herbs, especially the essence of herbs in the form of essential oils, it is not a pure killing of germs, but an intelligent rearrangement of the composition of microbiomes – an increase in the communication of germs with each other, but also of germs with our immune system. Thus, symbiosis becomes possible again.

Unfortunately, many studies reduce the efficacy of essential oils to individual active components, which indeed show killing effects when they are let loose on individual germs in isolation in the laboratory. Nevertheless, we are very grateful for these studies and like to cite them, as they already give us a good idea of the specific connection of oils to germs.

Many studies coincide with the experiences from the SophiaHealth Institute Kaufbeuren and the results of ART testing.

In the following study, the effect of essential oils on biofilm was confirmed:

Afterdetermining that essential oils are effective against biofilms, we tested individual components of the essential oils for antimicrobial efficacy. We assessed the molecules cinnamaldehyde, eugenol, and linalool (from cassia, clove, and lavender oils, respectively)